Apparently, all the listed adult series here are available now on Netflix except one or two such as GOT, which owned by HBO. HBO also has its official site on the Internet where the Game Of Thrones series is available. But unfortunately, HBO streaming availability is limited to some countries. Anyways We’ve added links to watch it directly on their respective streaming sites. In 2005, David Benioff and D.B. Weiss came up with the idea of adapting A Song of Ice and Fire’s first novel “A Game of Thrones” for making TV series, which was written by George R. R. Martin. And in 2009, they began to start filming the series in Scotland. 2011 was the year of releasing the first season episode called “Winter Is Coming” through HBO, under the same production.

The first season, due to its strong violence and major sexually explicit content, got mixed reactions, and criticized around the world. But this did not stop making it less cruelty, and the seasons continued to add more nudity. 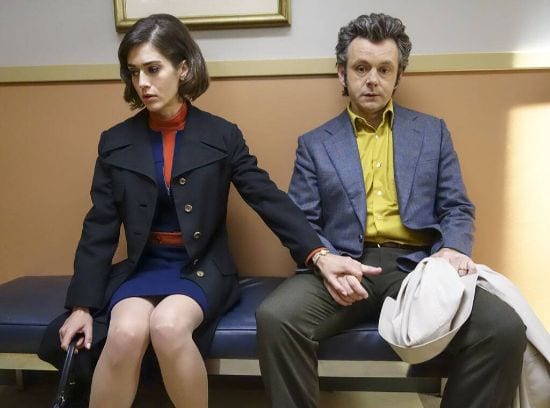 Masters of Sex was an American costume drama, consists of 12 episodes from a single season, each of around one-hour. After completing 4 seasons successfully, the series stopped further by Showtime.

The series created by Michelle Ashford based on a novel called “Masters of Sex”. It shows the story of sexologists, Dr. William Masters, and Virginia Johnson, who were expert researching behavior upon human sexuality. The series shows much nudity and sexual encounters throughout the seasons. True Blood is an American horror and thriller TV series, based on “The Southern Vampire Mysteries” by Charlaine Harris. The Emmy award winner premiered through 2008 to 2014 on HBO.

The story tells a human (Sookie Stackhouse) and vampire (Bill Compton) relationship, where a Sookie falls in love with Bill, who is more than 100 years old. Sookie has an ability to read people’s mind but she fails to read Bill’s mind, thus she falls for him. Spartacus is an American period-epic drama inspired by a Thracian fighter – Spartacus, who was the leader of Slave rebellions contrary to the Roman Republic. The series is quite small as compared to others that are listed. It runs over just 3 years, but series depicts a huge number of sexual encounters and violence along with beautiful roman ancient life. 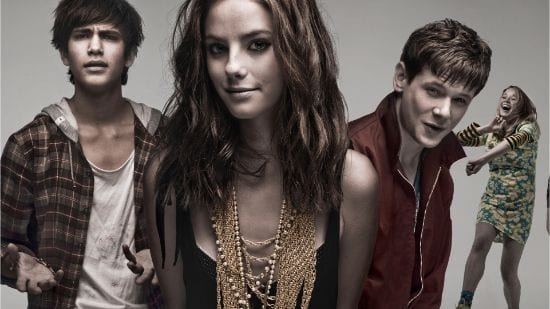 Skins, which run approximately 6 years through 2007 to 2013 on E4, developed by Bryan Elsley and Jamie Brittain. The series went successful in the UK but its American remake, due to high sexual visuality and low ratting, got canceled after finishing the first season.

The original series consists of a total of 61 episodes to all 7 seasons and each episode shows the struggle of a specific character. The story focuses on a teenage group’s struggle of dysfunctional families, Adolescent sexuality, Bipolar disorder, and many others. It’s more likely a sex comedy series than just a comedy one. Tom Kapinos has beautifully developed a writer’s struggle, who is much into drugs, sexual affairs, drinking, despite being a husband and father.

The amalgamation of Tom and David Duchovny as a writer helped the show making far more than 80 episodes from 2007 to 2014. 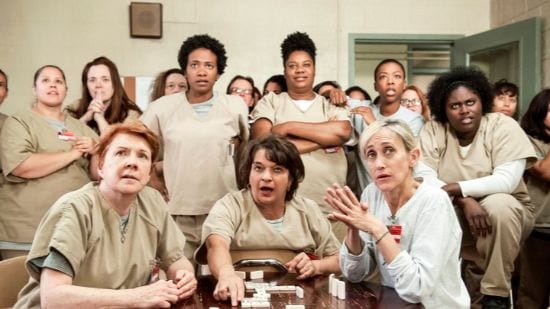 The series is much more creative than its name. It is the original Netflix one, developed by Jenji Kohan. It tells the real story of Piper Kerman, who was convicted over money laundering & drug trafficking.

The series based on prison-life called “Orange Is the New Black”, a memoir written by Piper Kerman in 2010. After adapting by Netflix, it has become the most-watched series on their streaming site.

It shows the various relationship with one another. Story of extremely unpleasant, lesbian, and bisexual relationships are part of the series. The series is full of women empowering, who are aspiring and uncertain towards life, enjoying their lives in New York. The HBO presents 6 seasons consisting of a total of sixty-two episodes and runs over 5 years from 2012 to 2017.

Just like GOT, the series also got mixed reviews and criticized over the depiction of rape and bad sex scenes. While the Girl series shows all the white women, the show suffers from racial problems and of lack of racial diversity. 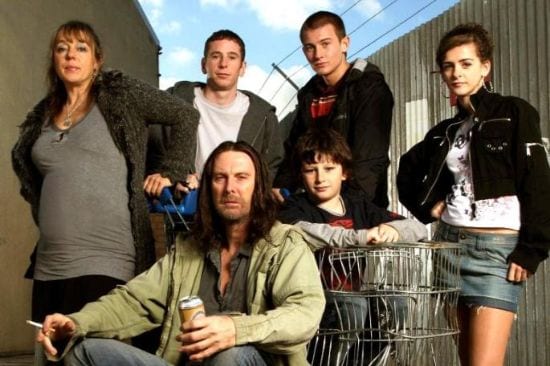 Shameless has two of its versions the British and the American ones. Both of them received huge popularity over their respective countries. The British series developed by Paul Abbott, who also created Coronation Street, State of Play, and Cracker successfully.

Shameless run over 9 years and consisted of 11 seasons and the number of episodes were uncertain with each season. Few seasons came with 16 episodes and few of them came with 7 to 8 respectively.

The American version hasn’t just stopped as its tenth season renewed in 2019, and about to come in Showtime. Secret Diary of a Call Girl, as the name says, tells the story of a London call girl. The concept of sex is depicted from a sarcastic perspective to send a deep message to the audience. The story is originally written by the name of  Belle de Jour, possibly it’s her story. She published it in her books and blogs, later sold to Silverapples Media. The web series is directed by Yann Demange, in the lead character of Belle we see Billie Piper. Her exceptional acting and Iddo Goldberg’s comic timing has made the series a fantastic journey. Life can unfold in numerous ways to various people. As in this series The Girlfriend Experience, we see a law intern is working as a prostitute. There are a total of two seasons of the show and one is scheduled. The first series is led by Riley Keough. The series is directed by Lodge Kerrigan and Amy Seimetz, the producer is Steven Soderbergh. It will be fun to watch series as suspense and thrill never leaves the screen. On top of that is the open sexuality beautifully captured by Steven Meizler. The Tudors is an American online TV show based on the historical Tudor dynasty of England. It shows the reign of the great King Henry VIII. Primarily it was written and directed by Michael Hirst and produced by the American TV Showtime. Later it was distributed and co-produced by the UK and Canada. BBC distributed the show in England for all the four seasons. From 2007 to 2010, it was the most viewed show on Showtime and got huge responses from both the other countries. Jonathan Rhys Meyers played Henry VIII and Superman Henry Cavill played Charles Brandon. The series is known for its critical script, smooth screenplay, and uncut sex scenes. Satisfaction is a drama series that displays the conjugal life of a couple, going through unfortunate lows. Directed by Sean Jablonski, it deals with an unseen story. The husband Neil Truman, played by Matt Passmore, discovers her wife to have a sexual affair with another person who is a professional sex worker. He then decides to be in that profession to justify himself to his wife. Director Jablonski’s impeccable way of telling a story and Passmore and Stephanie Szostak’s portrayal of the characters gave life to the series. However, it only ran for two seasons and then got terminated by the production company USA Network. Supernatural horror series is a very popular genre of film and TV as they say People like to get scared. Salem is one from them, a series inspired by the ancient witchcraft tradition. This is directed by Brannon Braga and Adam Simon produced by WGN America. The series released three seasons and got a decent viewer base but suddenly they canceled it in 2016 for undeclared reasons. For people who like to watch a mixture of horror and sex, it’s a golden opportunity. Janet Montgomery and Shane West have given their best while playing the leads and another credit goes to the scores composed by Tyler Bates. 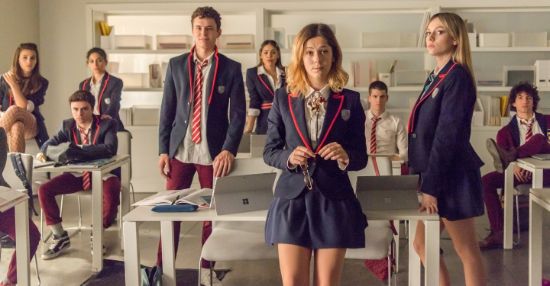 Elite is a Spanish web series revolving around the class diversities that can possibly take place inside one school building. The director Carlos Monte’s exceptional ability to portray the differences between students and certain problems and dilemmas that can have a long lasting effect on their minds is truly wonderful. When the first season released in 2018, the show was accepted widely and the critics gave it a green flag too. To date the show has released three seasons, Netflix confirmed another two upcoming seasons as well. Sex and the City is a compilation of four women’s life who despite having entirely different circumstances, manage to stay together. Justifying the name, the show mainly focuses on sex life from a satiric point of view. Directed by Darren Star, Sex and the City is considered as one of the best TV shows in the world and has a massive fanbase throughout the world. It continued for seven years starting from 1998. The series has won multiple awards such as Emmy, Golden Globe, Screen Guild etcetera. There are two films based on the series, so it won’t be a wise decision to miss such a show. 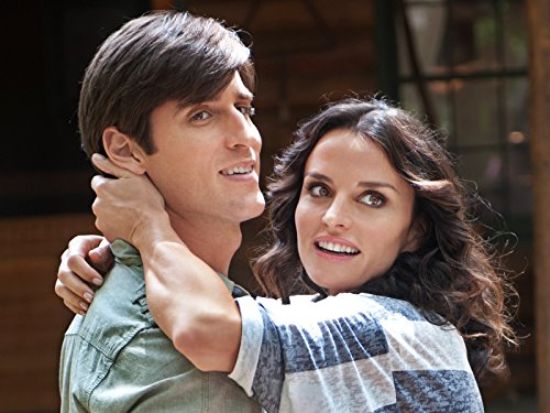 What happens when a lawyer and a policeman have a romantic relationship? Well, that’s all about Chemistry. The web series based on the relationship between the above-mentioned professionals is a masterpiece for sexual portrayal. When a policeman gets away with an accident with the help of a lawyer they start dating each other and their chemistry gets the audience going. The director of the show is Mark Haber starring Anna Alexander and Jonathan Chase. 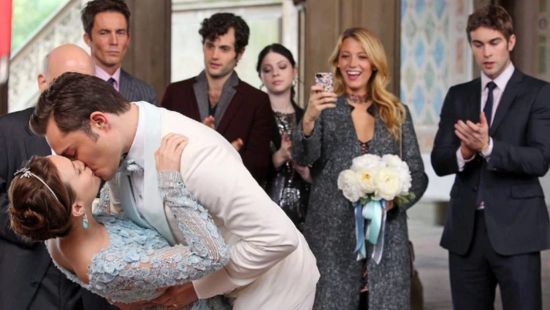 Gossip Girl is the adaptation from the eponymous novel by Cecily von Ziegesar. This teen tv series has got international viewership from all over the world. Directed by Josh Schwartz and Stephanie Savage, this series is based on the lifestyle of the elite class teens of Manhattan. The narrator is a blogger who goes by the name Gossip Girl reveals the secret of those kids and often gives hints to various mysterious incidents. The series was so popular during its time that several countries remade the show. Till now Gossip Girl is considered to be one of the best teen tv shows. Based on the story “Pour Vida”, the tv show Vida is created. It’s a story of two sisters who are Mexican-American by descent. The ever-unfolding characteristics of the series keep the audience engaged to it. It is directed by Tanya Saracho and produced by Big Beach Production. The show stars Melissa Barrera, Mischel Prada, Roberta Colindrez, and many others. The series ended in 2022 with the third season. In case if you’re a fan of the animated series, South Park brings pure loving, and nudity scenes. This is a story of four kids who encounter various adventurous events throughout their journey in the show. The dark comedy and adult series South Park has been running since 1997 and it is one of the longest-running series in TV history. The series often cited as one of the greatest TV and cartoons shows of all time.