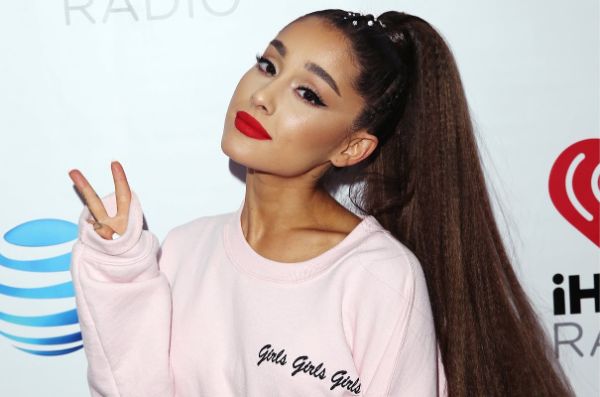 It’s been a decade when the Dan Schneider’s sitcom Victorious first aired on Nickelodeon. As the famous American-sitcom completes 10-years-today, singer Ariana Grande shares a nostalgic post on her Instagram.

In her Instagram post, Grande shared 9 pictures and a video from her Victorious days. The pictures include the entire team of Schneider’s sitcom.

“Ten years of victorious… Daniella’s post got me all in my feels now so I’m sorry for the mushiness but…. jus want to say how grateful i will always be for being on this show and for those years of my life,” wrote Grande.

Further, the singer also revealed how she loved her character of Cat Valentine. She said, “I really loved playing cat Dan Schneider (even though sometimes people think i actually still speak and act like that and her essence will lovingly haunt me til i die)….”

10 years of Victorious!!! It’s actually a little crazy typing that, because in a lot of ways it feels like it was just yesterday. I’ll never forget how I cried at our very first table read. I cried because I was sooo frickin’ happy!!! This show changed my life & I’m so grateful I got to share it with this amazing, insanely talented group of people. We share memories together that I look back fondly on to this day & will always cherish. Thank you so much to all the fans who continue to love and support our show. Makes me real happy to see that it’s still enjoyed by so many of you. Thank you @danwarp for creating this magic ??♥️??. I love you guys!!! #grateful

The Break Free singer also shared how being a part of “Victorious” made her teenage days even more fun. “I couldn’t have spent my teenage years with a better, more funny, talented group of human beings,” she said in her post.

“I miss getting in trouble w my friends the school room and trying not to laugh when we weren’t supposed to on set. i even miss waking up with red hair dye stained pillows. thank u @danwarp and to my cast mates for some of the most special years of my life and for bringing all of us into each other’s lives. happy anniversary,” she continued while remembering her shoot days.

The American sitcom, Victorious was created by Dan Schneider that originally aired on Nickelodeon from March 27, 2010, to February 2, 2013. In the series, Ariana Grande played the character of Cat Valentine that helped her gain popularity as a teen star.