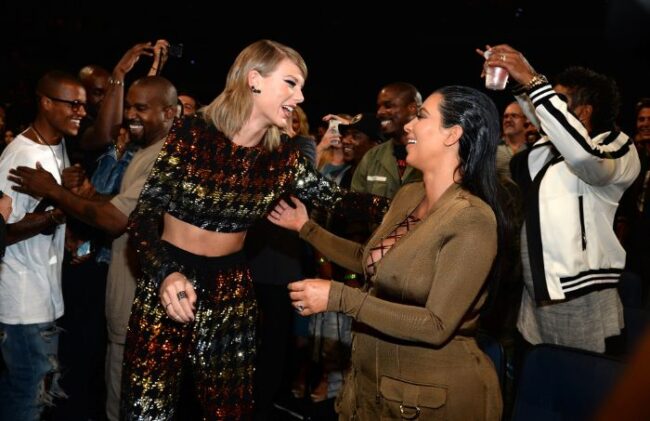 Last weekend, the full version of Taylor Swift and Kanye West’s 2016 call leaked with which a big controversy broke out between the two singers. The controversy turned so huge that it started a war of words on social media among Kim Kardashian and pop-singer Taylor Swift.

Before you get confused, let us remind the instance we are talking about. 2016 released “Famous” by American rapper Kanye West, which was the lead single from his seventh studio album The Life of Pablo (2016), didn’t only meet with success but huge critical acclaim and scrutiny too. It got into dispute for a controversial lyrical reference to American singer-songwriter Taylor Swift, partially concerning West’s interruption of her 2009 VMA acceptance speech.

After West claimed to have Swift’s approval over the lyrics, Swift denied it publically. She even criticized West and called his lyrics as “misogynistic” in a statement. A few months later, West’s wife Kim Kardashian released a video of a conversation between Swift and West in which Swift appears to approve a part of the lyric. And now, a detailed conversation is leaked which proves Swift’s right.

The leaked conversation between the two singers clearly shows that West did not tell Swift a lyric that she objected to.

As the conversation between the two singers went viral, it lighted a battle of words on social media between Taylor Swift and Kim Kardashian.

Soon after the full leaked conversation has gone viral on social media, Swift posted an Instagram story, stating, “Instead of answering those who are asking how I feel about the video footage that leaked, providing that I was telling the truth the whole time about *that call* (You know, the one that was illegally recorded, that somebody edited and manipulated to frame me and put me, my family and my fans through hell for 4 years)” 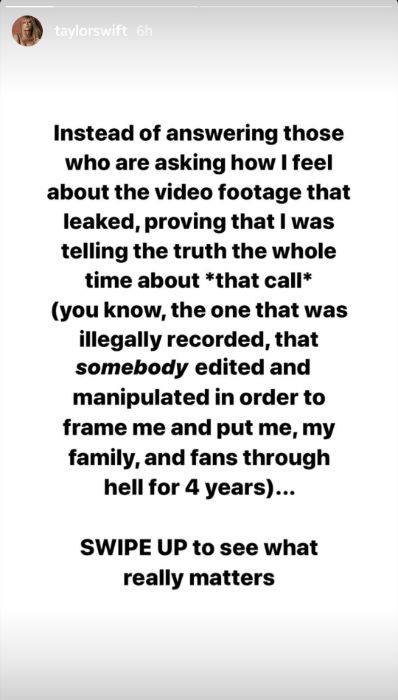 It didn’t stop there! After Swift’s Instagram story, Kanye’s wife Kim Kardashian too clarified her take on the entire matter. Kardashian opted for Twitter and posted a series of nine Tweets.

In her series of tweets, she lashed Swift and called her a liar and self-serving lady who has chosen to reignite an old exchange in these hard times.

“Taylor Swift has chosen to reignite an old exchange – that at this point feels very self-serving given the suffering millions of real victims are facing right now,” Kardashian tweeted.

.@taylorswift13 has chosen to reignite an old exchange – that at this point in time feels very self-serving given the suffering millions of real victims are facing right now.

Here’s the series of aggressive tweets that Kim shared in support of her husband.