As the lockdown continues, social media is flooded with online challenges. Recently, the pop-singer Justin Bieber also got a nomination for a new buzz cut.

He got this nomination from none other than the popular Australian singer, Cody Simpson.

A couple of days ago, Simpson shared a video of him and girlfriend Miley Cyrus. In the video, Cyrus was seen chopping off Cody’s blonde locks in favor of a buzz cut.

Today, the Australian singer again took his social media to share another video of him where he revealed that he cut off his hair as a part of a challenge called, “Clean Cuts For Clean Oceans”.

He wrote, “My mates @4ocean have agreed to pull one pound of trash from the oceans for everyone who joins us in #CleanCutForCleanOceans.”

My mates @4ocean have agreed to pull one pound of trash from the oceans for everyone who joins us in #CleanCutForCleanOceans. The COVID-19 pandemic has taken over communities around the world at an astounding rate and has forced most of us to change the way we lives. Staying positive and trying to look forward is a good attitude to have during times of crisis. I’m stoked to get outside eventually and enjoy the green earth and blue ocean again & there are some epic organizations around the world continuing to deliver on their mission of keeping our oceans clean so they are there for us to enjoy for years to come. In honour of those people, I want to find a way to help raise awareness around their efforts. Record a video or photo of you chopping your hair at home & tag #CleanCutsForCleanOceans & @4ocean. My mates at @4ocean will pull one pound of trash from the ocean for every person that completes the challenge, up to 100,000 pounds. I nominate my dad @_bradsimpson, @m_phelps00, @justinbieber to give themselves a clean cut for clean oceans. If you're not up for it, go over to 4ocean's website and pull a pound that way. Can we get 100,000?

In his video, the Home to Mama singer insisted that while fighting against the global pandemic it is equally important to strengthen nature and build a sustainable future.

Taking the cause further he nominated his own father Brad, Olympic star Michael Phelps, and 26-year-old Justin Bieber. Although Bieber has not yet replied to Cody’s nomination, we expect to watch his version of this challenge soon.

As we expect Justin to share his video for this cause, let us tell you that the singer is residing in his Canada house along with his wife Hailey.

Presently, the Baby singer is giving all his time to his celebrity wife and Insta fam. While he’s quarantined in his home, he keeps sharing all the updates with his fans via his social media accounts.

Even last night, Bieber took Instagram to share a fun video of him rolling around on a segway. At the same time, the 26 YO singer is also busy PDAing with wife Hailey. 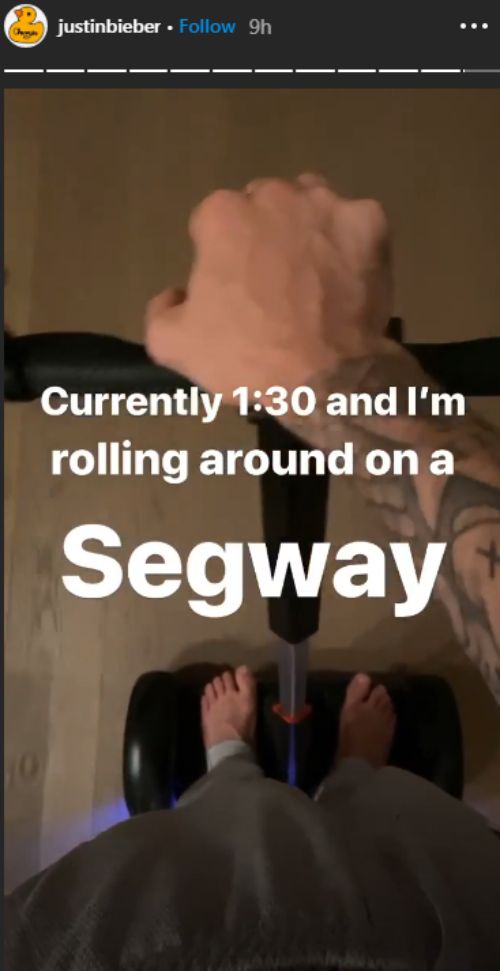 It was just a few days ago when the Bieber couple was making headlines for sharing their adorable pictures. The world was not over of their previous pictures and Justin again shared some more pictures of Hailey, expressing his PDA.