Japan holds an important place in the adult content industry from the very beginning. Starting from manga comics to pornographic films, it has contributed significantly. In terms of feature films, Japanese people don’t hold back. They have made some of the most sexually appealing movies over the year that people all over the world have enjoyed. 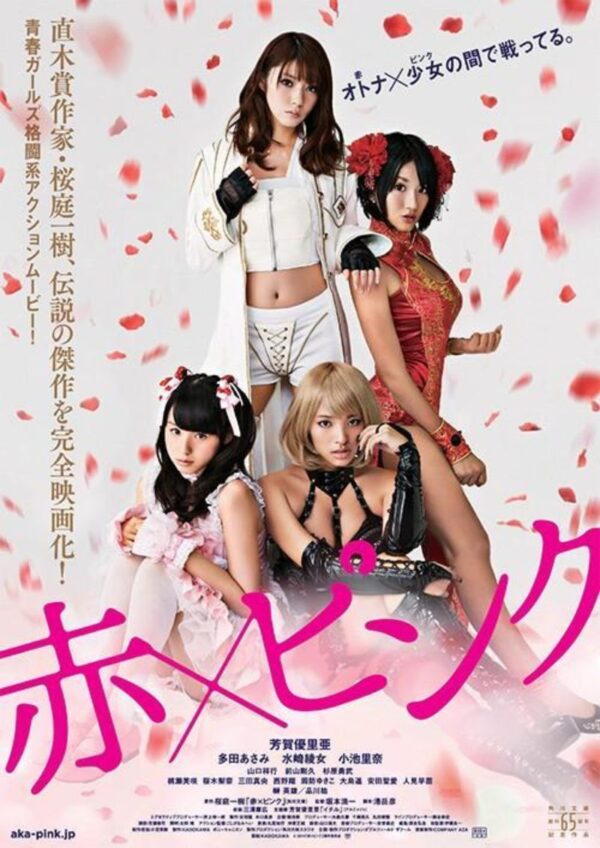 The Japanese erotic “Girl’s Blood” is a story of four girls who unite together in a fighting club. Everyone with a particularly troublesome background story runs the film with some interesting fighting and sex scenes. The director Koichi Sakamoto has wonderfully portrayed the not-so-conventional lives of these girls and the film overall got decent public attention. Originally based on the popular novel of Kazuki Sakuraba, “Aka x Pinku”, screenplay writer Takehiko Minato has given it the current shape with some interesting hooks. To talk about the actresses Yuria Haga and Asami Tada have stood out from the rest of the cast with their attention-grabbing acting and hotness. 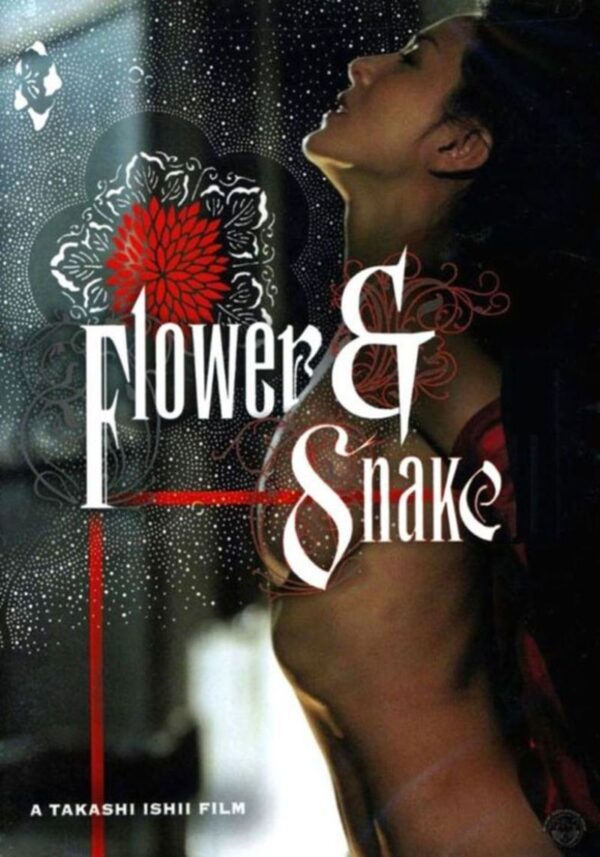 The generally censored adult industry of Japan thrived in full capacity in this 2004 titillating film “Flower and Snake”. According to critics, some of the scenes had an exorbitant budget to portray the brutality of sadomasochistic elements in the film. Inspired by a Japanese film of the same name from 1974, the director Masaru Konuma crafted his story around a couple and gangsters with an extreme sexual tone. The woman, played by Aya Sugimoto, craves sadomasochistic pleasure and dreams of such activities. Could she satisfy her desire? Buttoned-up in a dark erotic theme, the film presents a rather enjoyable weird journey to the viewers. 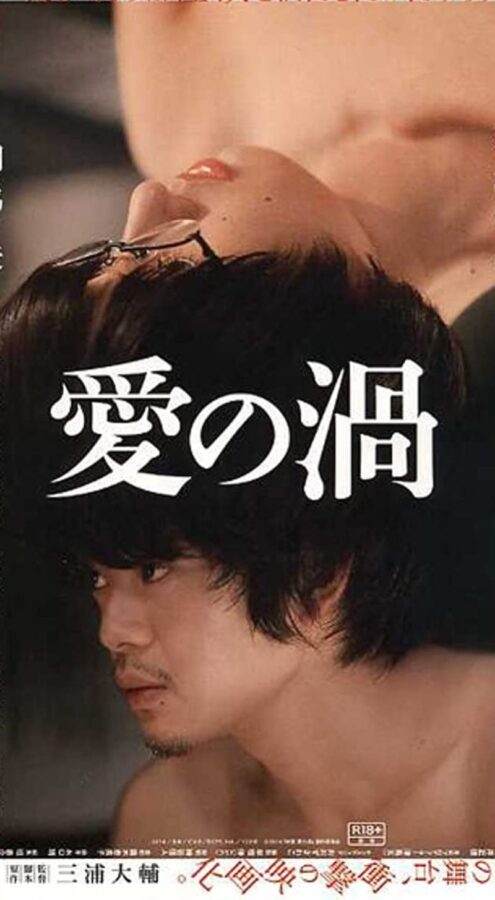 “Love’s Whirpool” is much more than mere lubricious. Adapted from the novel written by the director Daisuke Miura himself, sexuality in the film is a portrayal of human behavior, cultural psychology, and social beliefs. When four men and four women go to a sex club to have sex with unknown persons- their core identities and social practices are revealed slowly. Especially the scene, where despite having come to have sex, everyone hesitates to even converse with each other. Such scenes prove the film not to be extraterrestrial but very much relatable. If sex is your only concern, even then the film is a gold mine with natural and open sex between real people and not some hyped sex workers. 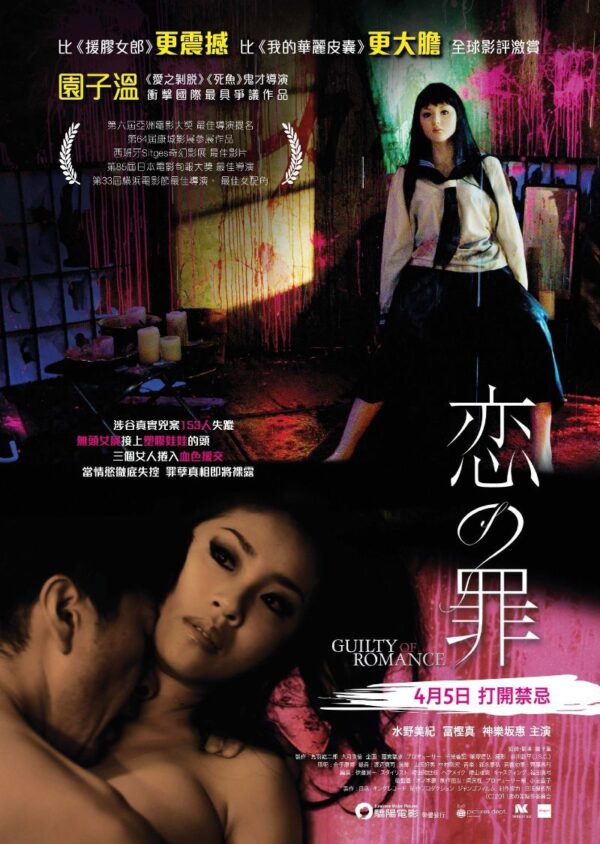 The famous Japanese adult film talks about the desperate sexual desire of a woman and how she transforms into an adultress from a housewife. The film has two versions one international and the other original or Japanese. Directed by Sion Sono, “Guilty of Romance” star Miki Mizuno, Makoto Togashi, and Megumi Kagurazaka. The plot is quite simple, consisting of only one turning point. From the perspective of an A-rated film, it has done well and deserves a one-time watch. 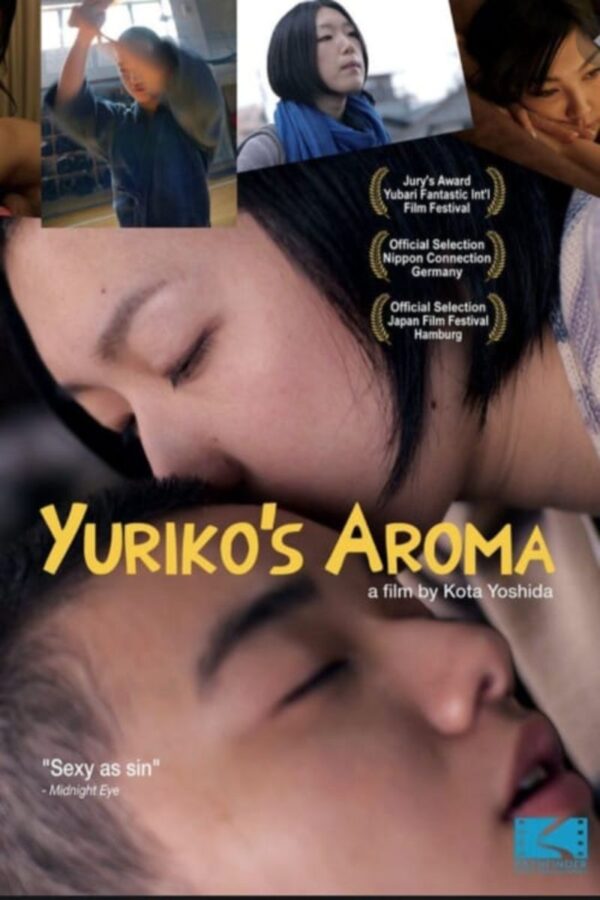 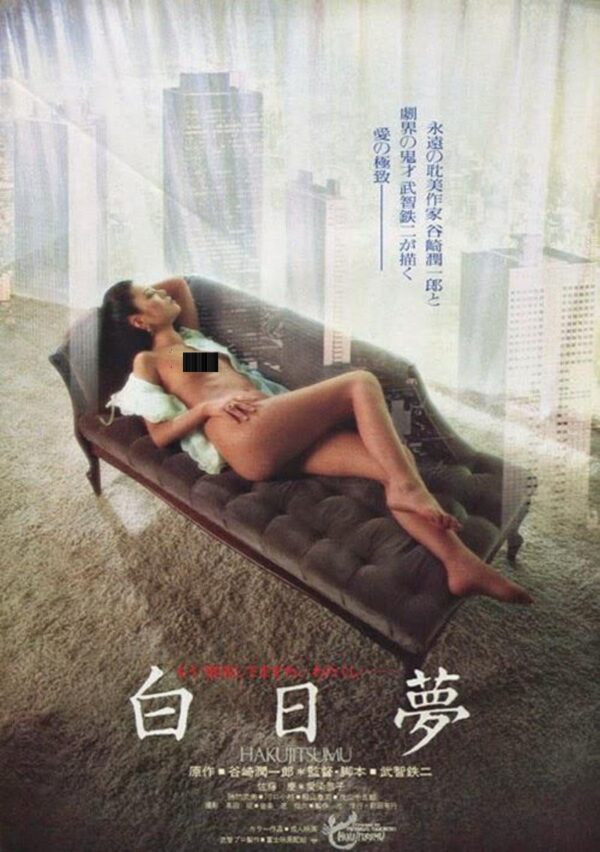 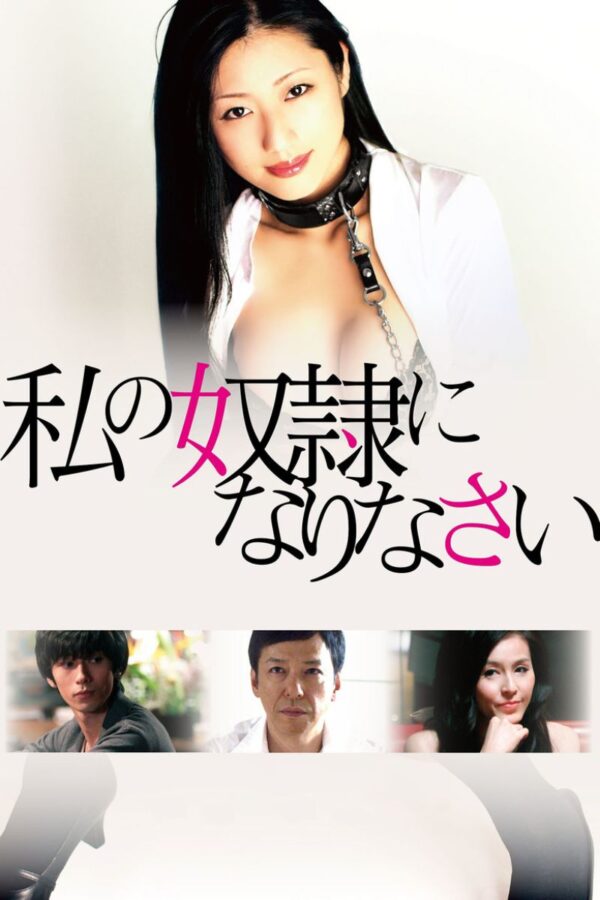 As the name suggests, the film is about sadomasochism and brutality. It is a workspace dark sexual themed movie, where a man finds himself trapped with a woman who wants to feel beautiful. Their sexual relationship draws the man into the verge of near destruction and then something happens. Toru Kamei is solely responsible for such a thrilling and appealing plot with so many sexual activities. 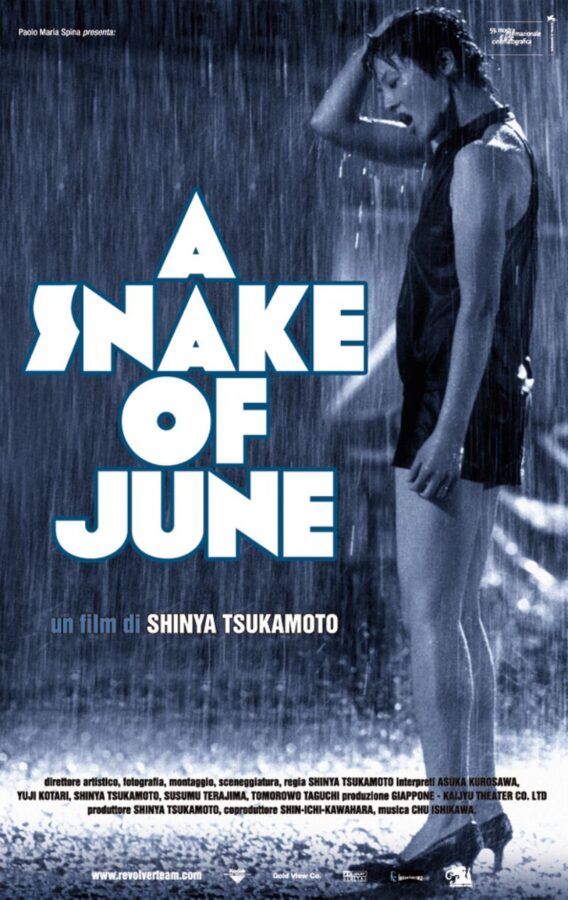 This is a sexually experimental movie with a Venice Film Festival Award under its name. “A Snake of June,” tells the story of a sexually deprived couple who explores their carnal relationship in various ways to come closer. The film is notable for its blue monochromatic cinematography which adds an extra layer to its taste. The director Shinya Tsukamoto is an experienced person to handle the storyline in such a way and manage the cast the deliver the prominent performance. Personally I recommend this film for its attention-seeking plot and marvelous cinematography. 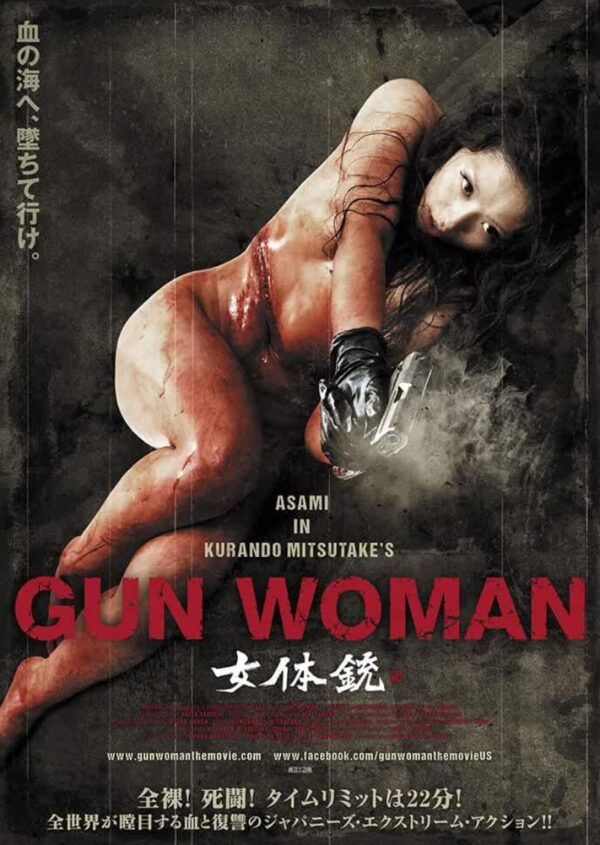 Released in 2014, the movie “Gun Woman” talks about a transformation of life- from a prostitute to a mercenary. The matter that most interested me is the storytelling, starting from the very beginning it hooks the audience in. Director Kurando Mitsutake has kept the movie mostly in English so language wouldn’t be a problem. The film is absolutely enjoyable as it contains both sex and blood. 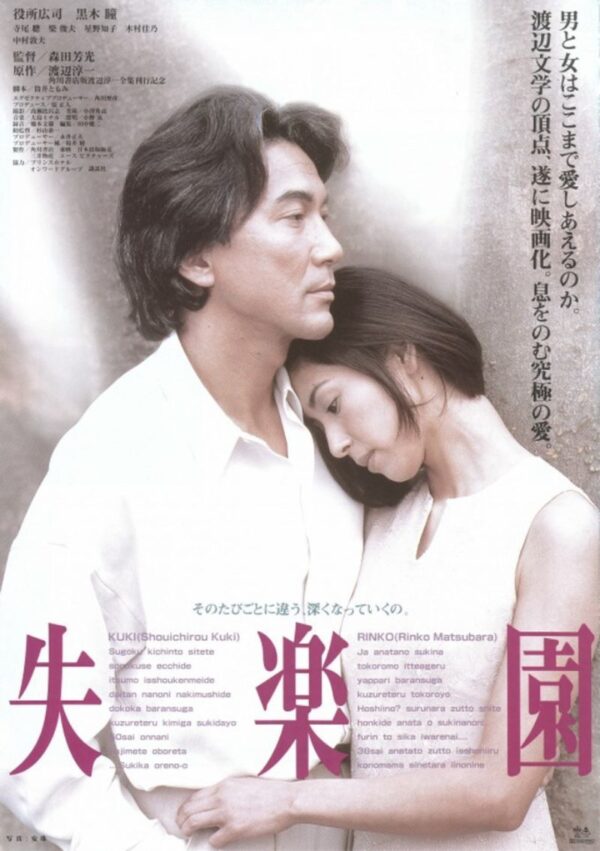 It’s the story of a person who has been honest and responsible ever since. From being a school student to a husband, his duties have been set and instructed by the social norms but now he wants to do something he has never done before- to live for himself. The story takes a new turn and two hearts meet. The rest of the story is of deep bodily desires and intimate psychological relationship. The director of this cult film Yoshimitsu Morita has excellently portrayed the character of Shoichiro Kuki, every drop of this film is enjoyable and builds a deep connection with the audience.