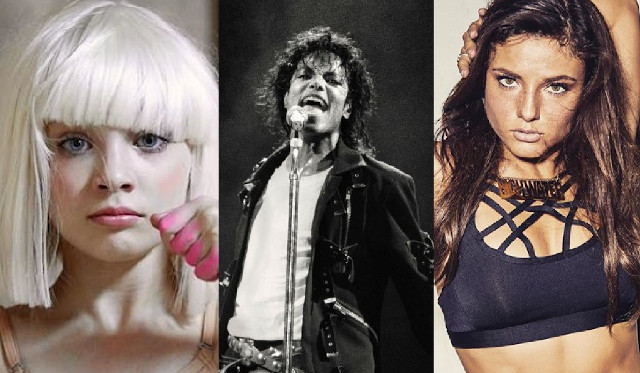 Dance is not just art to some of us. It is life, it is a breeze of fresh air to some people and very few of them have shown the world that no matter how many difficulties they face in life, they will follow their passion and will inspire others to take on the legacy.

We have gathered names of 10 greatest dancers of the twenty-first century who have contributed so much to the industry that the upcoming generations are not going to forget them and the future talent will always seek their tips, follow their moves, and will be inspired by their unstoppable awesomeness.

Some of these dancers are popular mostly because of their own dance moves, some are known for their outstanding performances in music videos, some are famous for their ballet dancing, and some have their unique habits and activities. Out of these legends, some are being active on social media, some have left a legacy in the world and passed away while some are still entertaining people with their amusing performances. They have shown the world that passion and ambition are above everything in this world.

Moving forward, we will be discussing very briefly about these talented celebrities whose dance moves and energetic steps have left a historical mark that can be hardly be replaced by anyone in the current century. Let’s check out who these people are and what are they famous for.

None of you could have think of any other dancer on the top of this list, right? Michael Jackson is someone who has left a legacy behind him along with lots of singers and celebrities being influenced by him. The 50-year old Jackson passed away in 2009 and many of his fans believe that his popularity increased even more after his death because previously he used to be known by the people of 70s and 80s era mostly but the millennials got to know about him, after exploring his masterpieces on the internet including his dance videos, songs, interviews, and contribution to music. His best dance moves include a moonwalk, toe stand, anti-gravity lean, spin, and many more that still leaves us awestruck even after decades. Jackson considers being the best dancers of all time.

With so much competition, the 38-year old Misty has made it among the famous dancers of the century. The American Ballet dancer, at the age of 33, achieved something that people of her age could only dream of, by accomplishing the promotion of principal dancer in the American Ballet Theatre (ABT) in the history of 75 years. Started her career as a teen, Copeland has the power to amaze others her with her jaw-dropping performances and whenever she appears with her perfect ballet figure, everyone is so sure that she is going to create history. A Barbie doll was also created, inspired by Copeland, wearing a vibrant red costume in a ballet-dancing pose.

Joaquín Cortés is a Spanish flamenco dancer born in 1969. Cortés started learning dancing, soon after he moved to Madrid from Córdoba. The career started in 1995 and now he is among the best ballet dancers the world knows. His athleticism made him successful and prominent and his jaw-dropping stamina always takes the audience to the next level of excitement and pleasure. In 1992, he established his own company with the name of Joaquin Cortés Flamenco Ballet Company. Cortés is among those who don’t just consider dance as art, but they have their own world where dance is something very near to their heart, almost everything to them.

The 28-year old New Zealand photographer is fond of dancing from a very early age. Taking hip-hop lessons in her teen, Goebel established her dance group at the age of 15 with her 4 friends. With intense dedication and hard work, the group “ReQuest” participated in Hip Hop Dance Convention and was nominated to dance in the grand finale of the convention. She quit studying and put her complete focus on her ambition to dance. One of her prominent achievements is the choreography for Justin Bieber’s “Sorry” music video. She is known for her unique style “Polyswagg”, reflecting attitude and confidence.

Chris Brown is inspired by the legendary Michael Jackson and is one of the coolest dancers right now with a prominent contribution to the music industry. The multi-talented guy is known for his dance, and R&B singing and has a great discography and musical career. Also, he has done supporting roles in some movies like “Takers”, “This Christmas”, just to name a few. His dance moves can also be seen in his music videos including breakdance. His hip-hop style always leaves us speechless and we wait for his music albums and live performances eagerly.

When she was a 7 or 8-year-old baby girl, Alina Cojocaru started taking gymnastic classes and later was involved in ballet. The 38-year old ballet dancer is passionate about dancing and has been dedicated years of her life to follow her passion. She never misses a single day without stretching, foot exercises which shows that we have to keep on learning and working hard every day even after becoming an icon. Being one of the most remarkable talents in the ballet dancing, Cojocaru even after being injured in 2008 during a rehearsal, returned to continue her career after going through surgery and taking rest for months.

How can someone be so beautiful and so talented at the age of seventeen only? Maddie Ziegler shows us how. The multi-talented girl is popular for her dance along with being a model and an actress. Initially, she appeared in a reality show “Dance Moms” and after that, she was seen in some music videos in her teenage due to which the songs got billions of views. Apart from this, Ziegler has modeled for different magazines, endorsed various brands, and has a brief filmography career as well. Maddie is being followed by millions of fans from all around the world on her social media accounts.

Hrithik is one of the dancers after Michael Jackson who dance so effortlessly and smoothly that we somehow misunderstood that the moves are quite easier although the steps are extremely difficult. The 46-year old actor started his career as a child actor in the 1980s and as a hero, appeared in “Kaho Na… Pyaar Hai”. As a 20-year old adult, Hrithik was diagnosed with scoliosis due to which he was quite disheartened but later he explored that the condition is not stronger than his passion for dancing and gradually we all saw his awesome dance moves in the movies. Also, he appeared as a judge in a dance reality show “Just Dance”.

The multi-talented Michael Dameski is just 24 years old and has been mentioned among the best dancers in the world. We can’t say this is the game of luck, as we can see how gracefully he has evolved as a dancer. He didn’t take any formal training yet he participated in a competition and made it to the top 10 performers. His jaw-dropping performances always have something interesting as a treat to the eye including big lifts, spinning, with many fluid movements.

Last but not the least, Jade Chynoweth, the 21-year old dancer, and actress is another talent who has proven her skills in certain movies and TV. Chynoweth might be popular for her roles in “300: Rise of an Empire” and “Batman v Superman: Dawn of Justice”, but she is best known for amazing dancing skills and given various dancing hits on the internet. Every inch of her body makes us go wild when she dances with that energy and heat. People are in love with her outfits, her spins, everything about her seems so magical.

Don’t Miss It!
9 Michael Jackson Short-Films to Watch If You Are Self-Isolated
Top 10 Most Handsome Men in the World 2023
The Top 10 Best Female Pop Singers of 2023