There is an ongoing war among emo and rock music lovers, where both claim one is better than another. Without being a participant in the war, we would like to shed some light on the distinct specialties of both genres and differences. While rock music is an umbrella term for all kinds of rock music, emo represents a sub-genre.

Even the hardcore emo and rock fans struggle to find a clear distinction between emo and rock. Most fans predict music with general moods, while some identify them with the fashion sense.

What is Emo Music?

Emo is a style of rock music that resembles punk but has more complex arrangements and lyrics with emotional and confessional subjects. Emo is developed during the post-hardcore band scene, where artists delve into songs high on substance and feeling. Emo is also known as emocore which is a contraction of “emotional” and “hardcore.”

What is Rock Music? 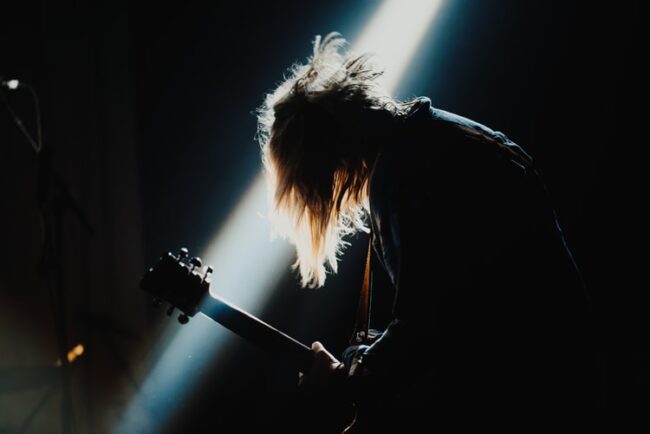 Rock is one of the most famous genres of music that has influenced generations of fans. Since its inception, it was harsher and more serious than its predecessors’ styles like rock’n’roll and jazz. The music was initially associated with youth aggression and revolt against the establishment. Energetic performance, insightful lyrics, and catchy melodies are the elements of rock music.

The difference between Emo and Rock:

Overall, even if emo and rock are associated with music and fashion sense, the differences between the two types of music are distinct. Some of the main differences are as follow as:

Emo: Emo music originated from punk rock which is a subgenre of rock music. Emo started evolving around the 80’s from Washington DC’s hardcore-punk scene. Throughout 90’s emo music secretly developed as a blended element of indie rock. By the 2000’s emo got strong footing through pop-punk and screamo.

Rock: Rock music emerged from the rock’n’roll music of the 1940’s and 50’s. Since its inception, rock music has been continuously evolving, which has led to the emergence of several subgenres. Billy Haley’s Rock Around The Clock paved the way for rock music to become a prominent part of rock culture. By 60’s electric guitar became an inseparable part of rock music.

Emo: As mostly agreed, emo originated from punk rock. However, emo derives inspiration from alternative rock, indie rock, and pop-punk. Most emo bands represent different styles and sounds, but they have some common elements like:

Rock: There are countless prominent rock bands around the world—from classic to modern-day. The Beatles is the unarguably the most important band in rock history. It was the first time when people acknowledge the power of music to a level of mania.

The other most popular band that created timeless music are The Rolling Stones, U2, The Grateful Dead, Queen, Velvet Underground, Led Zeppelin, Pink Floyd, and Bob Marley.

Emo: Even though emo is considered the subgenre of various genres of rock, with time, several categories have evolved under it as well. The subgenres are Emocore, Midwest Emo, Emo Pop, and Screamo.

Emo: Emo fans can be easily characterized by their quirky fashion sense. Judith May Fathallah, the author of “Emo: How Fans Defined a Subculture,” explains in this book how the internet shaped the fan following of emo music. The distinct sub-culture is evolved during mid 90’s. Initially, it was called Spock rock, where the fans had distinct black-dyed hair with straight fringes

In 90’s emo fashion was clean cut. By 2000’s dark eyeliners and black fingernails became the main highlights. The appearance of fans and fashion has evolved with time. However, jet black hairs and skinny jeans remain the signature style of emocore. The level of fan following is so strong that emo fans prefer to date only fellow emo music lovers. You can check DatingBlush and explore the top 10 emo dating sites.

Rock: Rock music has a powerful impact on society and its fans. Rock culture has permeated into daily life, fashion, attitude, and language. As the music style became more segmented, what the artist wore became the fashion statement, and fans started following. The rock bands not only influenced society but reflected society in those times. Rock music has served as the vehicle for culture and social movements.

Though both music types have a distinct fan base, both undoubtedly contributed largely to a widespread phenomenon. The differences that stand out are mentioned above. However, both genres reflect similarity such as infinite passion and raw talent of artists. Youth that always wants to break free from the materialization of music can relate to both genres, and in the end, both still are rock anyway.