Everyone who works hard to make their life better deserves a vacation. By escaping your daily routine, you can look at your projects in a different light. Moreover, the best ideas always come up on vacation.

That’s why we compiled this list of the places that are perfect for those who want to relax and unwind.

Let’s explore some indulgent destinations that inspire and can make the most of your vacation. 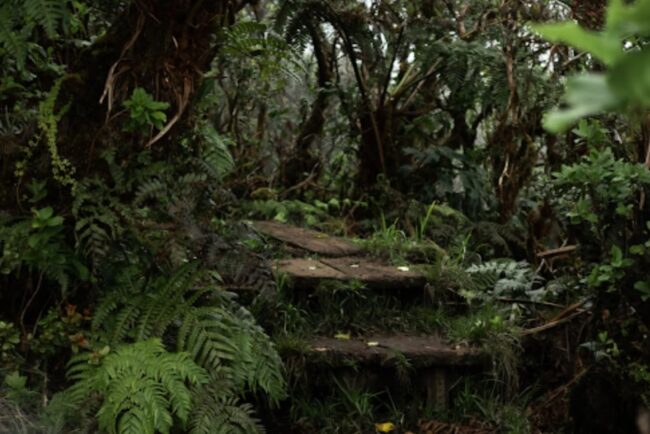 Have you ever felt the urge to wake up in a cozy paradize? Who needs a splendor hotel in Hawaii when you can have a real treehouse?

The most wish-listed Airbnb in Hawaii is not a beach house but a small and idyllic treehouse built into a living kukui nut tree.

The Big Island treehouse is perched on top of 15-foot stilts and blends in with the dense rainforest surrounding it.

Gorgeous floor-to-ceiling windows allow visitors to enjoy the gorgeous view without having to leave the bed. The treehouses’ bathroom features a living shower with a wall of tundra cork bark and floor-to-ceiling shutters for a natural indoor-outdoor vibe. 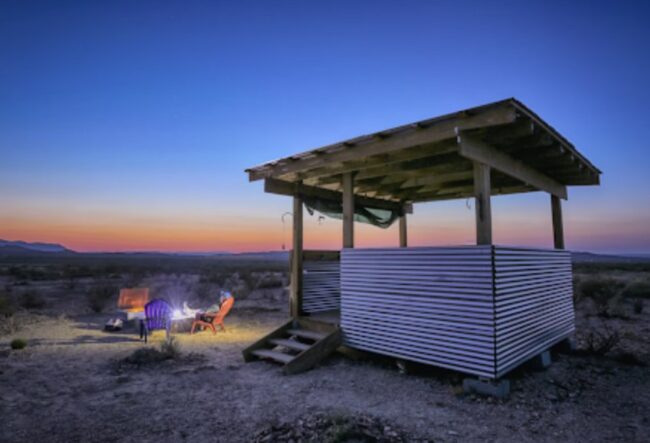 Terlingua is a really tiny icon on the map, but it’s where you can find one amazing AirBnB. The “Off-Grid Adobe Dome in the Desert” is just 30 minute from Big Bend National Park.

The beautiful details of thу blue bottles around the windows and doors add a unique dome lodging experience. The dome’s bathroom is its own separate structure with composting.

Terlingua is also known for its nearby “ghost town”. The town was once a thriving mining town of Cinnabar (Cinnabar is the ore from which Mercury is refined). The fragments of many crumbling buildings, abandoned in the 40’s, have survived to this day.

The best part is the view of the night sky. The Dark Sky Ordinance protects the night sky from light pollution and allows for incomparable views of the Milky Way. 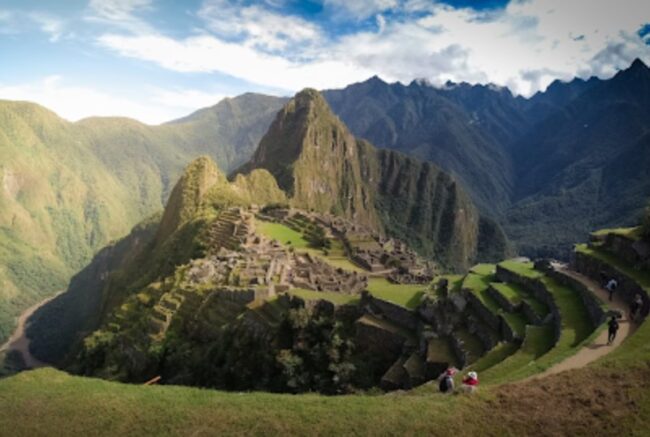 Machu Picchu is the most famous lost city in the world and an enigmatic monument of Inca culture. It was found only 100 years ago by chance: one of the local peasants told archaeologists about the ancient high-altitude ruins.

This is the only Incas place that was untouched by the Spaniards: either the conquerors simply didn’t reach here, or the peasants were not talkative at all. It will take several hours to thoughtfully and carefully examine Machu Picchu.

In total, there are more than two hundred stone buildings in the city, built of boulders using a special technique of polygonal masonry: houses, temples, squares, walls, stairs, wells and burial places. The buildings are “strung” on the slopes of a terraced plateau that drops off into an abyss. 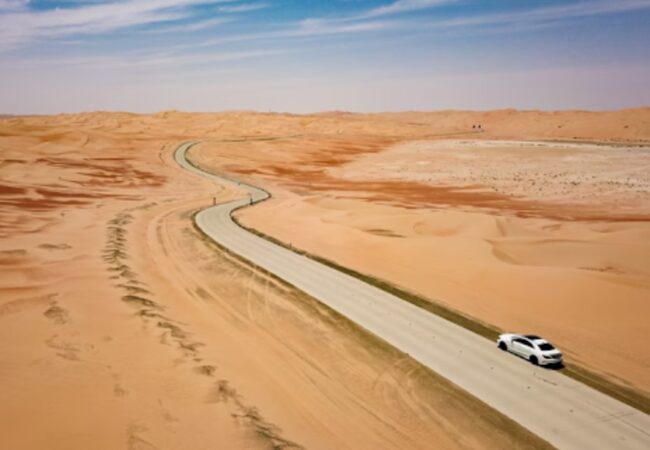 The first visuals that come to mind when we think of Dubai are skyscrapers, enormous shopping malls, and breathtaking resorts. But before that, there was only sand. Few things compare Dubai desert safari.

Spend a day exploring dunes in a comfortable Land Cruiser. Feel the rush as you balance on the edge of the seemingly sheer cliffs before diving down the sandy slopes and back up again. Then you can head up to a traditional-style Bedouin camp for a feast under the stars.

Apart from desert camping, you can just hire a luxury vehicle and start discovering the perfect spots outside the city. Renting a luxury car for a romantic getaway can not only make the day stand out but allows you to taste the flavor of freedom. Rent a car from Evolve and remember: sometimes, the journey matters more than the destination. 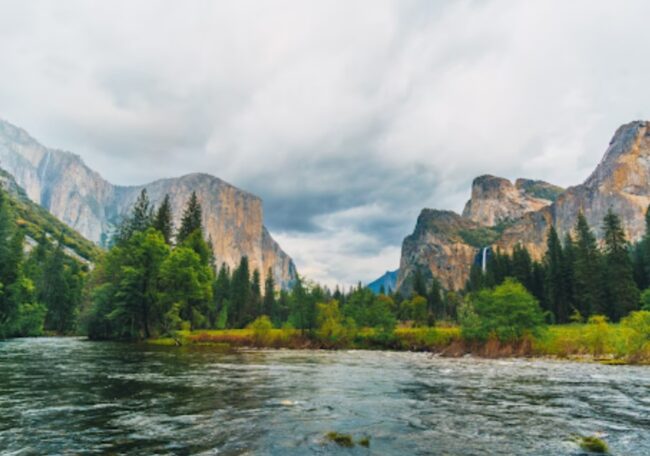 Yosemite Valley is located in the center of the national park of the same name, which is of glacial origin.

Here you’ll see giant sequoias, whose age exceeds several millennia, granite rocks rise above the valleys, from which waterfalls fall in huge streams of water, mountain peaks covered with snow can be seen, and carpets of beautiful flowers adorn the vast landscape.

A long time ago, the famous American naturalist John Muir described this valley as follows: “Here God has surpassed himself in everything.” It couldn’t be said better! 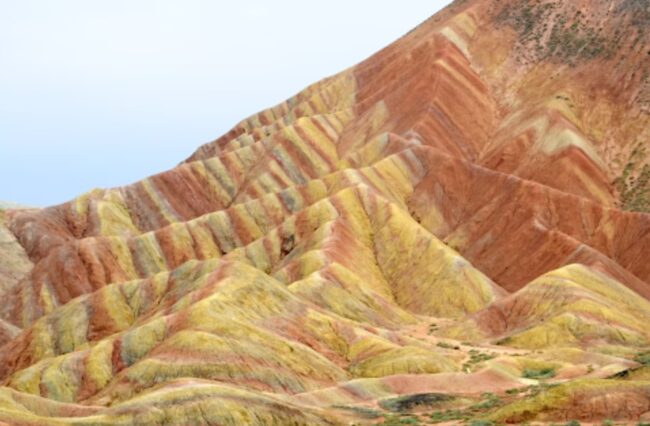 The landscape of Danxia National Park is incredibly fantastic. 24 million years ago there was a lake, where several rivers flowed. The sand they brought lay on the bottom, then the streams dried up, the reservoir emptied, the sediments solidified.

Thousands of years passed, new rivers flowed into the basin, carrying silt of a different color, the cycle repeated over and over again. The earth’s crust rose and fell, mixing the layers, as a result, it seems that the surface of the rocks was painted by an abstract artist. 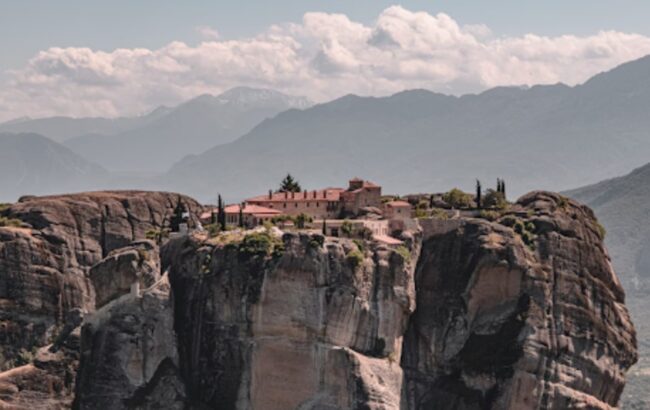 Meteora is not only a beautiful place and a geological phenomenon, it is also a complex of monasteries located on the tops of the cliffs of Thessaly in northern Greece. Meteora rocks were formed about 60 million years ago when instead of a plain in this area there was a prehistoric sea.

Under the influence of water, wind, and temperature changes, massive stone pillars gradually formed here, as if suspended in the air. Translated from Greek “meteora” means “floating in the air.” It is even difficult to imagine how much labor was needed to build these monasteries in such extreme conditions.

Until 1920, the temples were closed for visiting by strangers – the monks led a very secluded life, and residents of neighboring cities delivered food to them. Today Meteora is one of the most valuable and sacred historical sites, from the point of view of the Christian religion.

8. The ancient city of Petra

Petra is a place that attracts with its unique atmosphere and ancient secrets. The majestic symbiosis of architecture and natural areas appears as a single ensemble in color and texture. Hidden in the caves of the legendary city at the intersection of ancient trade routes, the wonders of Petra invite you to plunge into the mystery that still torments the minds and hearts of scientists and lovers of miracles.

The name of the city comes from the word “rock”, and it is actually entirely carved into the rock. Here you will see numerous temples, tombs, colonnades, baths and much more – there are about a thousand historical monuments in total.

The world has thousands of spots that can give you a taste of luxury vacation but it definitely has a lot more adventurous and relaxing options for a perfect getaway from the bustling metropolis. We hope that our unobvious recommendations were valuable.