Justin Bieber has 130 million followers on Instagram. And, he has a way of keeping his followers thoroughly engaged. Then I’ll Show You hitmaker is known for putting up quirky posts on the social media site. The posts, as he stated in many interviews, are a reflection of his true self. While many celebrities are very careful about the way they project on social media, Bieber is comfortable bringing the goofy, quirky aspect of his personality to the fore.

As a result of the Corona scare, most people across the globe are taking precautions and remaining within the confines of their house. Celebrities are no different and they, too, are adhering to the guidelines prescribed by the government of their countries. This has actually paved the way for several interesting challenges which they are partaking in online. Recently, Justin Bieber took up a challenge wherein the participant had to do ten push-ups. 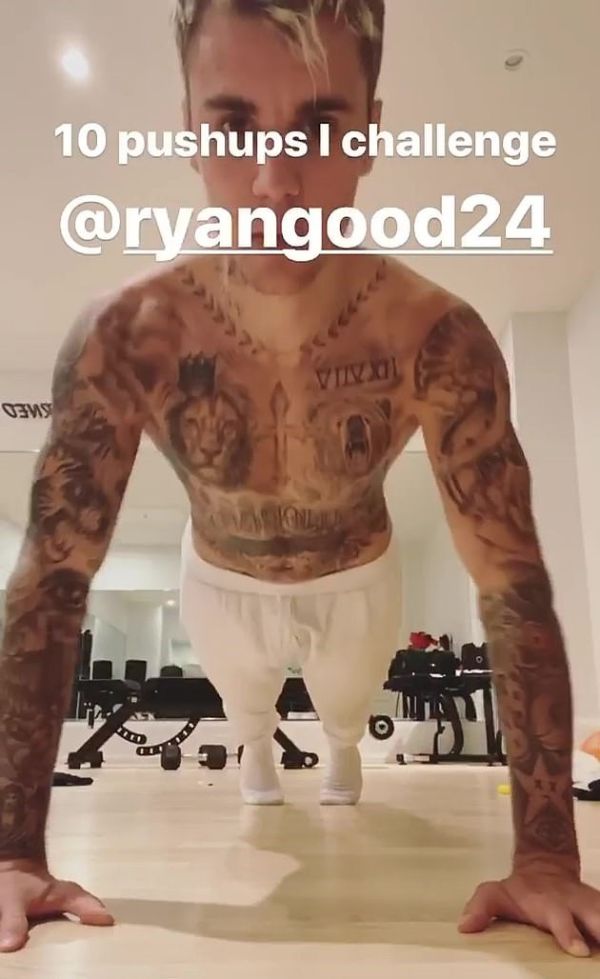 According to Republic World, in the push-up video, which Justin shared on his story page on Instagram, he was seen sporting a pair of white trousers and being bare-chested. The singer sports several tattoos on his body and long back, when he was dating actress-singer Selena Gomez, he had got his right arm inked in her name. The two of them parted ways for good in 2018 after going through several highs and lows in their relationship but the elaborate tattoo remains a part of Justin’s right arm.

There is a group of people who identify themselves as ‘Jelena’ fans right from the time Justin and Selena were together and still look for traces of the memories shared by the two of them. For them, this was quite a moment and they could not contain themselves from taking screenshots of the video in the story. While an Instagram story self-deletes itself in 24 hours, ‘Jelena’ fans can seek solace in the screenshot images they have saved with them now.