Bollywood has a very wide category of films including but not limited to action, drama, thriller, rom-com, sex-comedy. We are going to be focusing on one particular genre in this article. Sex comedy, though not much explored, is a quite popular genre in Bollywood, people love to watch these types of movies. But honestly many of those movies seem like comedy for comedy’s sake and not naturally humorous. That’s why I took on the adventure to dig some movies that’ll make people laugh while keeping it natural. While I don’t know how people are going to enjoy them, I can guarantee these are the best sex comedy Indian films. So here is our list of the top 10 adult r-rated funny films In Bollywood. 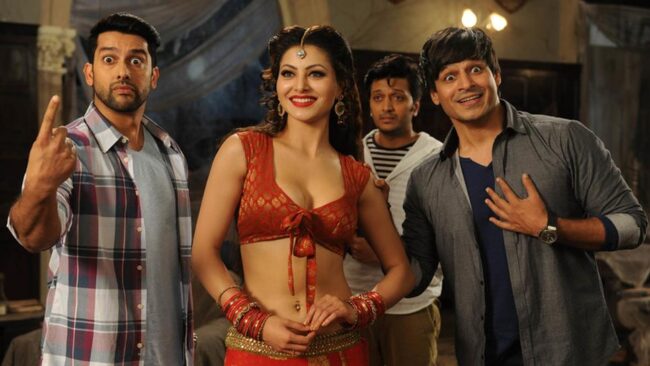 “Grand Masti” and “Great Grand Masti” are the second and third installments of The Masti series. The adult comedy series is a blockbuster hit in India. “Grand Masti” was released in 2013 and the latter in 2016. While Indian cinema was breaking the barriers of stereotypical family-friendly contents, movies like Grand Masti were hoisting the flags of erotic comedy Bollywood films. The lead characters in both movies are Ritesh Deshmukh, Vivek Oberoi, and Aftab Shivdasani. “Grand Masti” directed by Indra Kumar and produced by Ashok Thakeria, broke all the existing records and became the first adult movie to make more than 150 crore rupees. 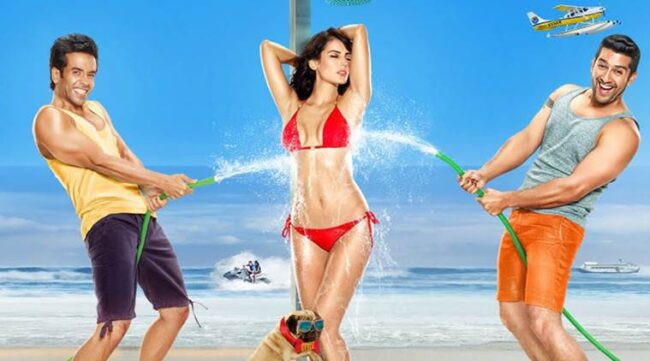 The next movie on our list is from the Kya Kool Hain Hum series. From the set of three movies, “Kya Super Kool Hain Hum” is the second released in 2012. Ritesh Deshmukh and Tusshar Kapoor are playing the lead roles in the movie. This Indian movie was a superhit with 60 crores earning. The director of the movie is Sachin Yardi, an award-winning director, and Screenwriter, and the producer is Ekta Kapoor. After four years of the movie, came the third one “Kyaa Kool Hain Hum 3”. This time the director was Umesh Ghadge, he tried with a different style and brought a lot of known faces. However the trick didn’t work out but still, the movie is good to watch, though not fantastic. 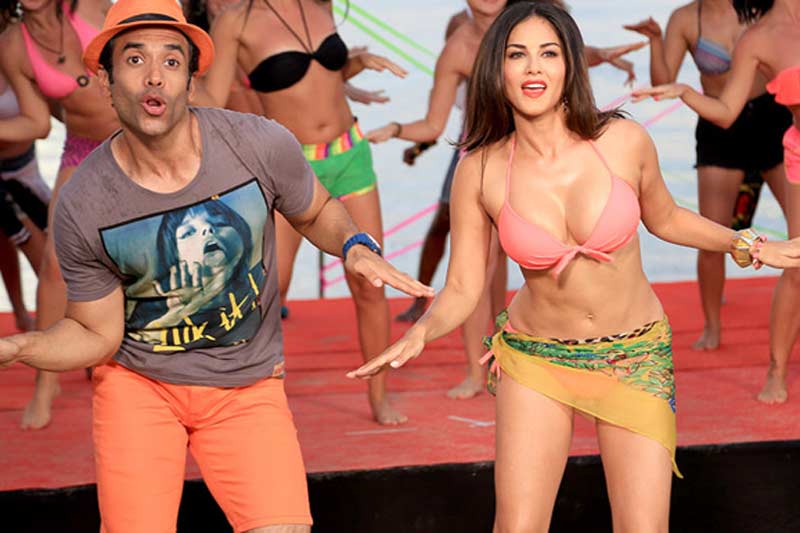 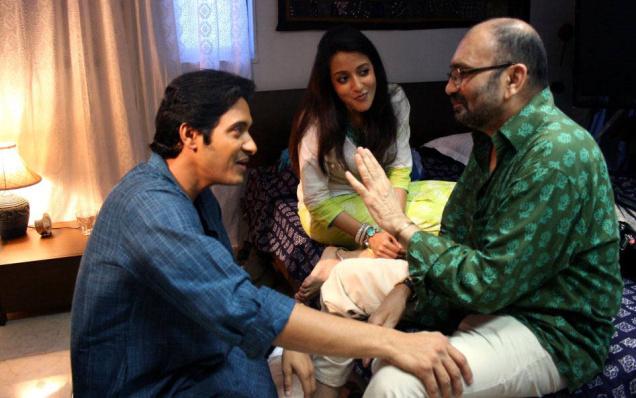 The 2010 movie “Mirch” came out with a different type of message wrapped in the adult comedy genre. Out of the many Indian films of this genre, “Mirch” takes a stand on gender equality and not just a straight generic dumb comedy. The director Vinay Shukla cast actors and actresses from different regions. The leads are played by Konkona Sen Sharma, Raima Sen. Ila Arun, and Shreyas Talpade. The woman-centric film is actually based on the ancient Indian scripture Panchatantra, where a woman gets off after cheating with her husband. 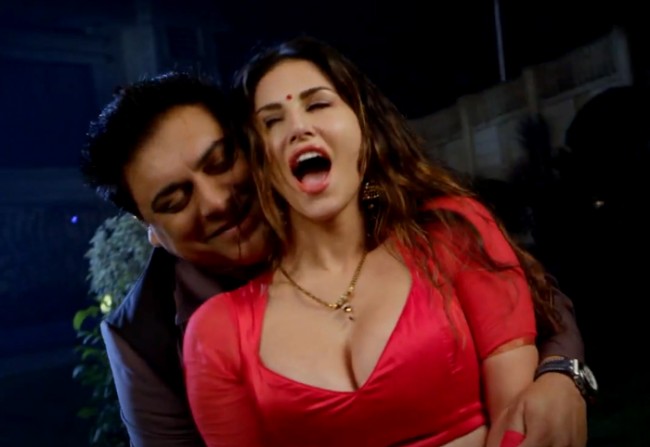 “Kuch Kuch Locha Hai” is another great movie to watch. The movie is directed by Devang Dholakia, one of his very first attempts. More often than not the script seems loosely bound in commercial adult films, here we see it too. Though the erotic stuffs are good enough to watch the whole movie with a feeling of horniness, the humor or even the acting is not up to the mark. Ram Kapoor and Sunny Leone, both the well-known actors have justified their role, the debutant Navdeep Chhabra looks decent here. Overall with a budget of 15 crores, the movie only could make 3.26 crore. 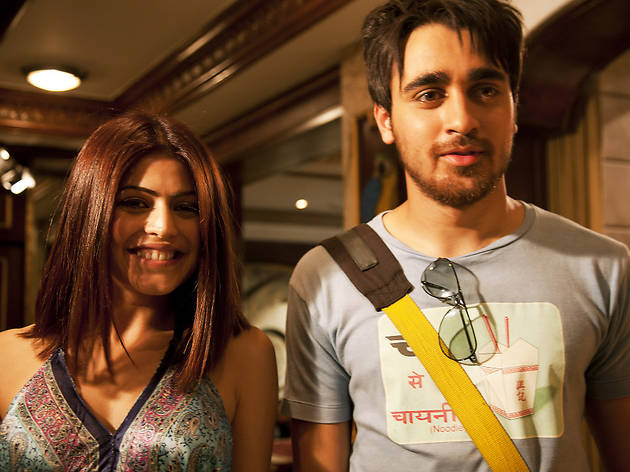 “Delhi Belly” is a rare example of an Indian film with such witty dialogues, compact screenplay, and solid acting. Directed by Abhinay Deo, “Delhi Belly” stars Imran Khan, Vir Das and Kunaal Roy Kapoor in the lead roles. The movie revolves around these three guys experiencing trouble with unwanted life-changing incidents. The well-timed humor, use of colloquial terms, and the sexuality involved in the story very well mention it as a soft sex-comedy. In addition to that is the action the script presents us with. So there is no harm in saying that “Delhi Belly” is an exceptional specimen of Indian films. 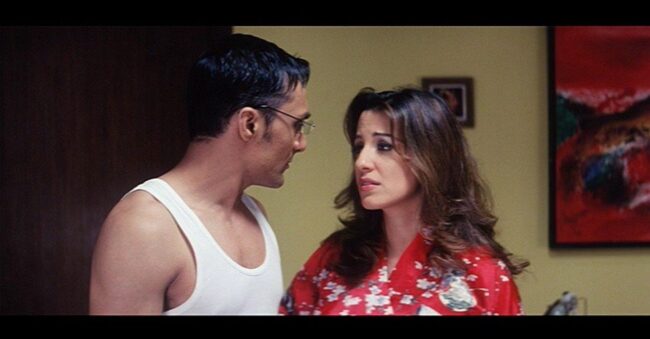 Sex comedy or contents revolving around sexuality was there for a long time but it missed the recent sexual boldness of Indian cinema. Picking a great film from that period will be “Mumbai Matinee” a film by Anant Balani. Starring Rahul Bose, Sourabh Shukla, and Perizaad Zorabian, the movie is based on the character of Debu Chatterjee, played by Rahul, who is a 32-year-old virgin. As the movie is entirely around sex so there is no doubt the viewers would enjoy them totally. Having said that, I recommend this film to all of you who want to experience different types of movies. 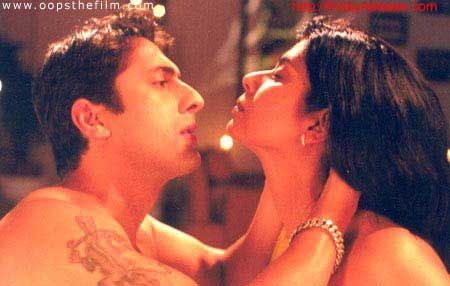 “Oops” is the next film on the list. Dipak Tijori is the director of this 2003 Bollywood erotica, take that as information or disclaimer. The movie at that time was highly criticized for displaying too much sex that’s why I think you people will enjoy it. The cast includes Kiran Janjani, Vikas Sethi, Mink Brar, and some other actors. The movie presents a story on male strippers so there is no lack of sexual content. Though it is not top-notch, a loyal audience would love to watch it. 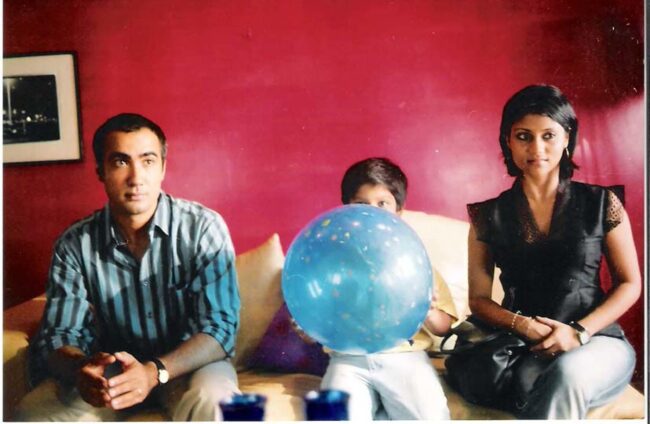 “Mixed Doubles” a 2006 film is certainly a unique idea to watch and if interested, experiment. Directed by Rajat Kapoor, this isn’t a family show. The plot talks about swapping wives/husbands to make life cheerful without cheating on each other. Starring Konkona Sen Sharma and Ranvir Shorey, the duo gives a hell of a performance to enjoy. There are very few films made in India with such a unique storytelling method and a grip over the direction. I wouldn’t hesitate to recommend it to any cinema lovers. 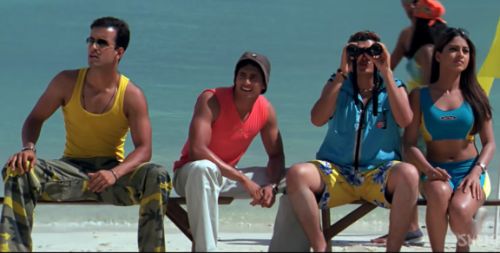 If you have watched “American Pie” I guess you can pat the back of the director Hansal Mehta and say, “at least you tried!” Because when an Indian movie tries to remake American Pie and miserably fails, that’s what you say. Starring Amir Ali Malik, Vaibhav Jalani, Yash Pandit, and Payel Rohtagi, “Yeh Kya Ho Raha Hai” is the unofficial remake of the famous Hollywood comedy. Though the movie failed at the box office, the sex scenes wouldn’t disappoint you entirely. So if you have come to this point reading the whole article, I guess there is a thirst in you that I feel responsible to quench.